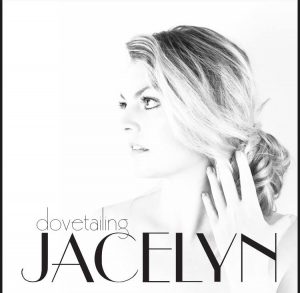 JACELYN is a Canadian singer-songwriter, actor and entrepreneur best known for her sultry jazz vocals and music that is a melange of the classic and elemental sounds of jazz, blue-eyed soul, and pop, which offers a dynamic and refreshing contemporary twist. Moonlit Pond Records staff writer, Nancy Beaudette, co-penned “Someday” along with Connie Mims, Sherry Kuybus and Jacelyn after meeting in Nashville.  It is an an emotional song questioning whether a new love will last:“Sorry that we never found the words to make it better, It’s plain to see that baby you’re not the one, Someday ain’t gonna come” .

A versatile artist and actor, JACELYN has spent the last decade taking chances which has led her to successes one after another. Her Kickstarter campaign for Dovetailing reached $60, 000 ($30, 000 in just 16 hours) and became #1 in the world out of close to 60, 000 music campaigns. It was also featured in the top 10 Jazz campaigns ever to exist on the crowdfunding site alongside Quincy Jones and Paula Cole. JACELYN was able to bring together some amazing musical minds to support the creation of Dovetailing. She partnered with internationally recognized and critically acclaimed pianist and composer Amina Figarova to co-produce the album and worked with two-time Grammy-award winning audio engineer Max Ross from Systems Two in New York City. Dovetailing is out now and charting on radio across North America.