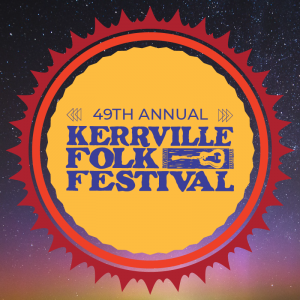 Although the annual Kerrville Folk Festival won’t be taking place in late May- June on the Quiet Valley Ranch campgrounds in the Texas Hill Country due to the novel coronavirus (COVID-19) pandemic, “virtual concerts” featuring nearly 40 of the artists who were booked to perform during it will be streamed from the festival’s website and its Facebook page on three successive Saturdays. Meanwhile, 24 songwriters have been named as finalists in the 2020 Grassy Hill Kerrville New Folk Contest for Emerging Songwriters that organizers hope will take place Oct. 9 and 10 during the 49th annual Kerrville Folk Festival that has been tentatively rescheduled for Oct. 8-18.

“None of us know when it will be possible to responsibly invite you back to Quiet Valley Ranch; we are hoping with all our hearts for October,” The Kerrville Festival Foundation staff wrote in a May 14 email to friends of the festival. “In the meantime, we are doing all we can, using every option available to us to weather this storm, and we will succeed.

What gives us faith is all of you. We are so deeply touched by so many messages of encouragement, love for the festival, and love for the community. And as festival time draws closer, we asked our artists to help us with a gift to our Festival family.”

The virtual concerts will stream online at https://kerrvillefolkfestival.org and on the festival’s Facebook page, where more details will be posted in coming days. Viewers will be afforded the opportunity to tip the artists and donate to the foundation. The two-hour concerts each evening will be followed by Virtual Campfires via Zoom hosted by members of the Kerrmunitty. 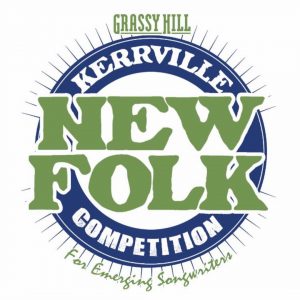 After performing the two songs that they submitted during New Folk Concerts slated for Oct. 9 and 10 at the Threadgill Theater during the festival, six songwriters will be selected as 2020 New Folk Winners. The six will receive cash honorariums and other prizes, as well as the opportunity to return the following weekend to each perform 20-minute sets during a Grassy Hill Kerrville New Folk Award Winners concert.

Established in 1972 at the urging of Peter Yarrow, the Kerrville New Folk Concerts have become a highlight of the annual festival that is geared towards singer-songwriters of various musical styles and is the longest continuously running festival of its kind in North America. In addition to receiving cash awards and additional performance opportunities, being named as a New Folk Award Winner is regarded as a very prestigious honor.