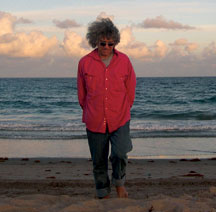 On Friday May 31st, Nancy will warm up the stage for renowned artist Rod MacDonald. Rod is an ingenious songwriter who has recorded nine critically lauded albums over the past 15 years or so. During the ’80s he was at the forefront of a Greenwich Village music scene known as Fast Folk, which, produced hugely successful artists such as Shawn Colvin and Suzanne Vega. The Smithsonian Folkways Recordings have made available the entire Fast Folk collection – more than 100 albums – on compact disc and MacDonald is one of the most heavily represented artists on the recordings with 29 songs.

The Bull Run Restaurant has been playing host to the weary traveller since 1740, and is a hot spot for folk and blues in Central Massachusetts. For more information about this show visit the Bull Run website